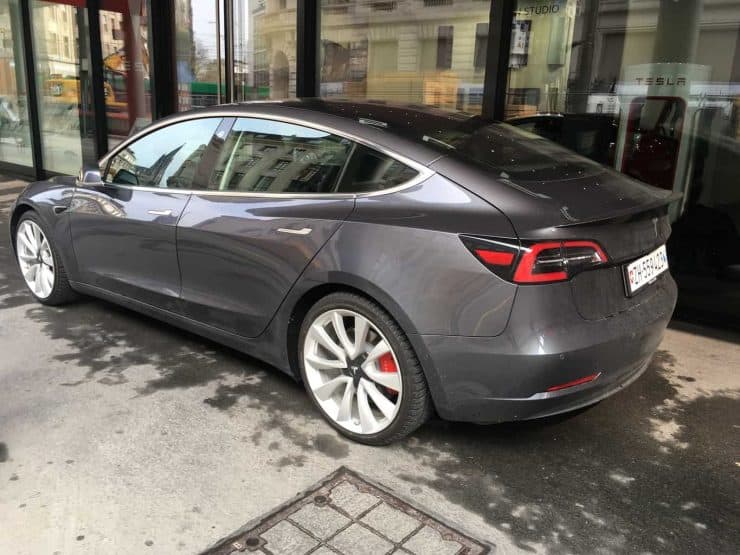 Most commentators agree EVs (Electric Vehicles) are the future, driven by battery technology that has doubled in power and fallen in cost by 80% in 10 years. Global warming and toxic air in cities are ensuring combustion won’t be powering the cars of the future. Legacy carmakers are investing billions of pounds in EV technology so why aren’t EV sales going through the roof.

Just eight years ago, Greenwood explains, an average electric car’s battery cost around £780/kilowatt hour (kWh). Nowadays the figure is around £155/kWh, which means the cost has fallen four-fifths. At the same time that battery’s energy density has doubled

Well in fairness, like turning a supertanker, it takes a while to turn around an industry that expected to be flogging us old diesel tech till the late 2020s. Not only do the EV cars themselves have to be developed and tested, factories need substantial changes to build EVs and different components developed and supplied.

Of all the components the batteries are both the most crucial and most challenging. Cost, power, weight, temperature, charging time and speed to release power are all vital. So is being able to buy enough batteries. These are in cylinders like beer cans in packs with a couple of thousand cells in a pack. The problem is most carmakers other than Tesla buy these battery cells from a few outside suppliers, and right now the car industry needs more batteries than suppliers can make.

Current strategy for category 1 and 2 carmakers that aren’t ready to deliver EVs yet.

Carmakers are naturally enough trying to sell as many old tech petrol and diesel cars as they can. While some buyers have already made their mind up to wait for the right electric car to become available others can be placated by claims that new diesels really can be clean.

Of course most diesel cars continue to make the air toxic to breathe and can’t meet climate change goals for cutting CO2 either. The industry had the option of submitting to stringent emissions standards that would have assured customers that cars they were buying were clean but chose to lobby hard to weaken and delay new emissions tests.

There is still no date for new diesel cars to comply with the 80mg/km EU legal limit for NOx pollution that was set in 2015. Indeed carmakers while lobbying against this limit from being applied on the road, admitted about half the diesel cars on sale would be illegal if the 2015 limit was applied from 2020. Diesels up to 25x as polluting as a petrol car remain on sale till sept 2019 and after that will still be allowed to be 3x as polluting.

Pretend your cars are “Electrified”

The self charging hybrid or petrol hybrid

Petrol hybrids use a petrol engine to charge a smaller battery. They do have the ability to drive short distances on electric drive and harvest some energy for the hattery when you slow down

Toyota has got into a lot of bad press with the EV community for it’s use of the slogan “self charging hybrid”. One of its adverts even suggested described a petrol hybrid Prius was more advanced than an EV.

The shame about the ill targetted Toyota campaign is that while cars like the Prius and CHR aren’t fully electrified they are very efficient, economical and produce much less CO2 & air pollution than a standard diesel or petrol car. In fact thanks to its hybrid cars Toyotas produce much less CO2 than major makers of petrol or diesel cars.

PHEVs are much like a petrol hybrid but with a slightly larger battery that can be charged off the mains. If they were charged every night many could travel between 10 and 30 miles in EV mode and be less polluting than a standard car in short urban journeys.

In practice they are rarely charged by most owners ( they add as little are 7 miles of range per hour at their fastest charge rate compared to a Tesla 3 which can add 75 miles in 5 minutes! If it isn’t plugged in it often has no advantage over a conventional petrol or diesel car. In fact a diesel PHEV is usually more polluting than a standard diesel (because the exhaust rarely gets hot enough for the adblue pollution control system to limit emissions). In addition the engine of a PHEV has to carry around the weight of of the EV tech which can make economy worse especially on long journeys.

This really isn’t electrication at all. Mild hybrids can travel no further than a traditional car on electric drive (not a single inch!). Essentially the increased voltage and bigger starter motor are used to harvest a little energy when braking and provide a small boost when accelerating. Overall the effect is so small (under 5% to fuel economy) that drivers will neither notice it in driving nor the cost of filling up. It does make a conventional car a little more effocient but it is not any more electric than a 1960s e type Jaguar (other than the pure electric converted one converted by JLR)

Tesla’s Model 3 has become a best selling EV across most European markets and with its arrival in late June 2019 in UK RHD form sales are likely to build.

The danger to the plan is the Tesla Model 3, a 2 year old car more advanced than most European EVs that aren’t on sale yet.

Compared to its European competitors the Model 3 simply goes further, charges faster, can efficiently travel faster, has more advanced self driving tech and has the only proprietary very fast charging network. 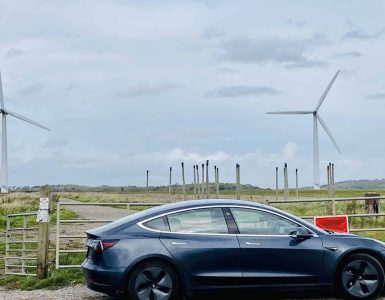