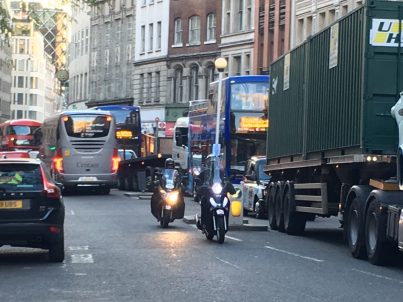 The UK Government unleashes RDE2 (not a droid from Star Wars)

Motoring lobbyists, the car industry, the Sun Newspaper and some Conservative MPs will have patted themselves on the back after the Chancellor Philip Hammond floated the idea of increasing the duty on diesel fuel, and then backed down. The only announcement he made seemed very limited.

He was vague and many will have assumed that it was the Euro 6 NOx pollution standard he was referring to. There was a scramble to find the notes from HM Treasury and there it was. The UK Government will be deciding VED rates from April 2018 based on the RDE Step 2 standard.  This standard is much stricter than Euro 6 and RDE Step 1 (which itself only became a requirement for new cars launched after September 2017).

The Euro 6 standard in theory has an 80 mg/km limit for NOx emissions. In reality the lab based test was so flawed and widely abused that on average Euro 6 diesels emit 6 times this amount (480mg) and the worst emit 24 times the limit (1968 mg/km). They are known in the industry as “clean diesels”

The new RDE tests require cars to pass not just a lab test but an on the road test as well. It isn’t perfect but one can hope that RDE tests will bring real emissions for diesel cars to within 10% of the official test results.

As around 90% of diesels would fail the RDE1 test if they were required to achieve under 80mg/km in the real world, the EU allowed a car to pass if it came within 210% or 2.1 times the 80mg limit. ie on step 1 a car passes the test if it achieves under 168mg/km. If you still assume a little bit (10%) of manipulation by carmakers then 185mg on the road, still a big improvement on Euro 6 but over double the official limit.

Why this matters – ULEZ Zones

What the Chancellor has done is rather quietly (and in his speech very vaguely) established RDE-2 as the official measure of what is a clean diesel. It’s not perfect but several years ahead of rest of the EU. What cities and councils across the UK should be asking themselves as they debate clean air zones is this – If a clean diesel for VED is RDE 2 then should that also be the standard for what is a clean diesel in a clean air zone or ULEZ? This opens up Euro 6 diesel even on step 1 to being subject to limits and charges. So the question is when will the Mayor of London and others try out the new emissions standard as a requirement of a clean car and how soon?

To be clear on this Euro 6 (both dirty and clean) are allowed to be sold for 2 more years but there is a strong risk they will no longer be officially seen as clean. Which is fair as most aren’t but they are still on sale now.

Another issue is that there are around 15% of cleaner diesel cars on sale have been independently tested as compliant with the Chancellors 120mg /km limit, but unless carmakers submit them for an official RDE2 test they still will be hit for not being compliant with the standard. No diesel currently on sale has been tested on or passed RDE2.

There is a substantial chance that only a handful of diesels (if any) will be officially RDE2 compliant by next April. Food for thought.

#RDE2 “To help arrest diesel sales slump, manufacturers wanted the government to tax older diesels off the road and reassure buyers that the latest diesels were nice and clean. That's not what happened.” https://t.co/y4YQ4qNM8Y

Short term effects of the announcement

The DVLA will need to add a field for RDE2 pass / fail on registration docs and information about cars. The current assumption is the actual test result won’t be provided but this could change.

In the UK (because cars need to achieve RDE2 to avoid stepping up a band for CO2) the RDE1 168mg limit is likely to be passed over as makers aim to pass RDE-2 120mg limit. As the average Euro6 diesel produces around 480mg of NOx the new standard will finally sift truly clean diesels from those that are clean in EU lab tests but filthy on the road.

Government notes on the new policy are available here 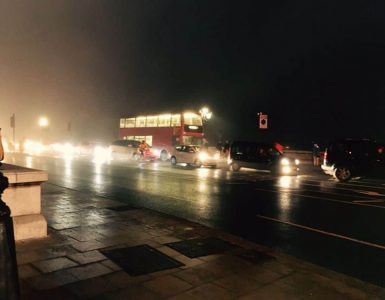