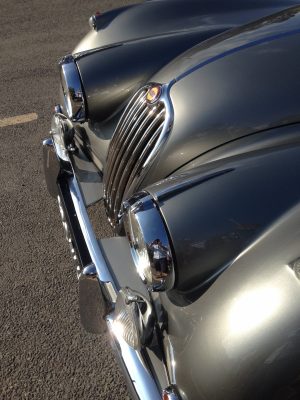 The end of the private car ownership?

John Harris of the Guardian joined others recently in suggesting that owning a private car is on the way out. The article does a good job of explaining the many pressures that car ownership is under, against the backdrop of a 9.3% fall in UK car sales in September.

Good article right for the wrong reasons- cars sitting parked for 95% of the day will be uneconomic v driverless EVs https://t.co/9Wb7YgtFJD

Younger drivers in particular face massive car insurance premiums in addition to the normal costs of fuel, maintenance, parking, tax and congestion charges. This is reducing the number of under 30 year olds in urban areas that drive or even have a licence. If it comes though, the end of the private car probably won’t be caused by chancellors, mayors, environmentalists and air quality measures. What is likely to kill off car ownership in cities is that it’s no longer cost effective against other transport options, and the competition hasn’t even properly got going yet.

For most people in urban areas your car is something you use for trips to the supermarket, school and after school runs and occasional longer trips out of town.

“Even if you use your car to commute to work how much of the 168 hours in a week do you actually “drive” your car?”

5 hours? That’s under 3% of the week! 15 hours? Under 9%. Even if you count the whole time on a weekend away from when you leave the house on a Friday night and get back at the same time on Sunday.. 48 hours that still under 30%.

“The fact that your car will usually be your second most expensive asset, and that most of it’s life is spent sitting in the street losing half its value or more every three years didn’t used to matter”

It represented your freedom to travel where you want, when you want and maybe even say something about the person driving it. As you cruised past people at the bus stop wondering when a bus might come or saw passengers trying to peer out of the windows of a grubby British rail train you felt reassured your gleaming car and you were the perfect partnership. When you couldn’t take the car you’d jump in a cab and just hope you wouldn’t be stuck in traffic, mesmerised by slow build-up of pounds and pence on the meter, as you go nowhere.

Things have changed since that time though. Hop in the car and park in the west end a short stroll from the theatre? Good luck finding an expensive space somewhere, eventually. Meeting up with friends for a night out? Do you want to be the one saying no to a beer because you’re driving when you didn’t have to? Is that free?

So what’s changed about the competition? Quite a lot. For a start there aren’t many people waiting at the bus in the rain any more because apps tell them its arrival time and lets them turn up a moment before the bus arrives. The trains have changed even more. Although they do get too crowded at peak times most are now comfortable & air conditioned with wifi on long distance runs. and clean.

The real change though started with Uber and similar car apps. While cabs fares were bordering on the ludicrous for some journeys especially at night suddenly you could call a car to come to you via a button on your mobile phone and the fare so reasonable that people who would never take a black cab use these services every week. It’s claimed that taking an Uber in New York is cheaper than driving in your own car. While paying money to tax avoiding tech companies is not a choice people want to make there is no denying that it has changed how people travel. For some it’s Uber that has let them say “why would I need a car?”

I love cars and driving and I’ve been very specific that it’s “car ownership” that is under threat, not driving in cars. That’s because the car is about to evolve. The arrival of Tesla and it’s autonomous driving modes and the German “dieselgate” scandal will speed up the process. The fact is that recent developments in EV technology and the difficulties of delivering big further reductions in CO2 and air pollution from diesel mean we are going electric in the coming decade.

Remember how your car sits around most of the week just depreciating? Well by 2021 there will be a good choice of pure EV cars with ranges of 300 miles or more and soon during the next decade will be fully autonomous as well. Going to the airport? Your car can drive you and go home and charge till you need it again. Going to the pub? “love another pint – my car will drive me home”. Although I hope drivers will still be able to drive cars manually for a good time to come younger drivers may not bother.

The thing is if your car can drive itself it could drive other people. So the question is.. would you leave it at home doing nothing? Loan it to uber when you’re not using it? or simply call up for the car of your choice via an app when you need it. Because these cars could be in use for most of the hours in the week they will be much cheaper than owning your own car. Even if you call up a Range Rover or a Mercedes. It will be like todays car clubs but with no car club bay to walk to.. the car comes to you.

Apart from saving a lot of money there is another benefit. There might be nearly as many silent electric cars congesting our roads but they will be vastly less polluting and hardly any will be sitting parked in our streets doing nothing which will open up space for other uses. It could provide a very pleasant way for your urban car to give you back your freedom again – in a whole new way.