1. Go Diesel Free – Pledge not to buy another diesel

On average even a new Euro 6 diesel car emits 7 times as much NO2 as new Euro 6 petrol cars in the real world. The worst diesels emit as much as more than 30 petrol cars. Most petrol cars conform within their lower permitted NO2 limits (60mg/km) and also produce much less particulate.

In essence even starting with an average diesel performance you could reduce your NO2 emissions by 85% by making your next car a petrol. Petrol hybrid would be even better and electric… would be a 100% reduction at the tailpipe.

If you have a diesel now try to minimise the number of short urban journeys you use it for.

There is no evidence from real world data that diesel hybrids offer any improvement to toxic emissions over a standard diesel. In fact perversely, where (Equa Index) data exists on EURO 5  hybrid diesels, 2 out of 3 were worse than an already bad standard diesel, while in the third case the hybrid achieved a poor 6 times Euro 6 but its diesel sibling produced an even worse result of over 12 times the official limit. Diesel hybrid technology is best avoided in cities unless the real world data improves massively on newer models.

Drivers leaving engines idling is still far too common and unless it is so hot or cold that heating or aircon are neede it is unnecessary. Some may use it to stop keep hands free calling working – just hold the phone yourself if that’s the reason. Putting the ignition in the “on” position will leave all the car accessories running otherwise.

3. Use stop start and make sure it works

These systems will save fuel and reduce emissions in traffic jams. If it’s not a hot sunny day keep your ventilation on but turn off the aircon and the stop start will work for much longer. If the system stops  working persevere with getting it fixed.

4. Adjust your driving style to reduce your emissions

Emissions increase by up to 17 times when the engine is under load – in other words accelerating or going up a hill.

5. In traffic the highest pollution level is in your car

Your car ventilation takes in air from below your windscreen and concentrates the exhaust of the car in front inside your car. If you stop at least a car length or from the car in front you can reduce this slightly. Turn off ventilation in very polluted locations or when behind a diesel car

Talk to friends, neighbours, colleagues, parents and schools about how we could help reduce air pollution by going diesel free with our next cars. The new Mayor of London’s proposed daily charge for the most polluting vehicles are  likely to lead to a drop in second hand values of diesels when the charge is announced. All good reasons not to buy a diesel in London or other urban areas from now on. 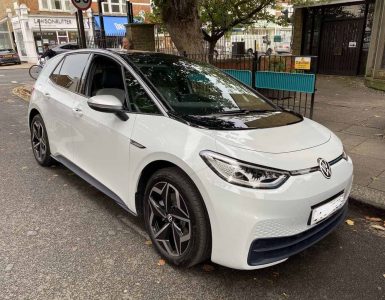